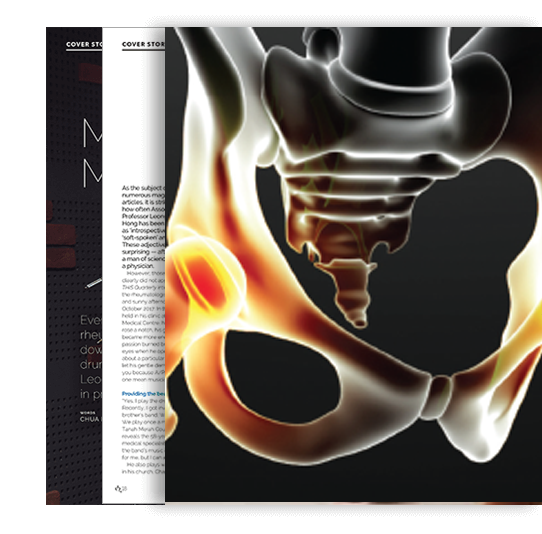 Psoriasis is an autoimmune disease that can affect the skin, nails, joints, tendons and eyes. Psoriasis is caused by the body’s immune system going into overdrive to attack the skin.

The skin is most commonly affected causing rashes that have a clear outline. In the centre, the skin is purplish and flaky. The rash can be at the hairline, scalp, behind the ears, the elbows, shins, belly button and the buttocks. The nails can become thick and irregular. Sometimes, the eyes become painful and red.

Some people with psoriasis can also develop psoriatic arthritis, when the immune system attacks the joints as well, causing inflammation. Psoriatic arthritis usually develops between ages 30 to 50, but can also begin in childhood. Both men and women are equally at risk.

Like psoriasis, psoriatic arthritis symptoms flare and subside, and vary from person to person, and even change locations in the same person over time. Joints can become painful, warm, red and swollen and is usually stiff in the morning. Joints affected may be the finger joints near the nails but any joint can be affected.

Research has shown that persistent inflammation from psoriatic arthritis can lead to joint damage. Early diagnosis is important to avoid joint damage.

The diagnosis is by pattern recognition and doing tests to make sure it is not another disease. Some patients with psoriatic arthritis can have a pattern that looks like rheumatoid arthritis. Psoriasis is also part of a family of autoimmune disease grouped as Spondyloarthropathy and there can be overlapping features. Other members of this group include ankylosing spondylitis, ulcerative colitis, Crohn’s syndrome and Reiter’s disease.

Fortunately, available treatments are effective for most people.

Treatment to relieve the symptoms of rash and joint pains are just one part of treatment. Perhaps more important is to stop the immune system from attacking the patient. Some medicines work for the skin more than the joints while others are more for the joints. There are many options nowadays, including methotrexate, cyclosporin, sulphasalazine as well as newer targetted treatments like anti-TNF blockers (Remicade, Enbrel, Humira, Simponi) and Stelara.

Skin rashes are distressing and can cover as much 90 per cent of the body. Involvement of the eyes can lead to poor vision and joints can become damaged leading to deformity and disability.