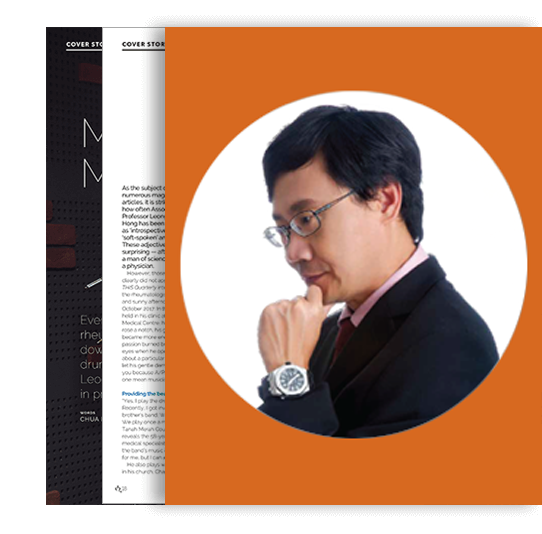 The
Diseases of
Many Faces
January
2012

"Lupus" is derive from Latin that means "Wolf"

"LUPUS" IS DERIVED FROM LATIN THAT MEANS "WOLF" as the several variations of lupus generally have scarring rashes that look like wolf bites. The early diagnosis of lupus was difficult and it was only in 1982 did classification criteria proposed by the american rheumatic association (ara) was recognized and come into widespread use. The criteria was revised in 2010 to ensure that systemic lupus erythematosus (SLE) is the same disease when described in various countries. SLE is estimated to affect 0.5% of the population and tend to be more severe with orientals and afro-Carribeans.

Unlike some diseases where the diagnosis is made on a single parameter such as hypertension, SLE is diagnosed using criteria which include clinical features as well as abnormal laboratory tests. This shows the heterogeneous nature of SLE. The term "a disease of many faces" is aptly coined. In the clinical manifestations, virtually any organ system and any clinical presentation is possible. The organs that can be affected may include the skin, joints, kidney, haematological system, the lungs, the blood vessels, the brain, the Gi tract, the heart, etc Within the skin, there are many possible features such as discoid scarring lesions, malar photosensitive rash (the butterfly rash) and rashes that look like urticaria or lichen planus. As for the Central nervous system, the patient can have seizures, strokes, myelitis, mononeuritis multiplex and psychosis.

This heterogeneity extends to its pathogenesis. At the core, SLE is an autoimmune disease. There is a failure to recognise self antigens as self, producing intolerance and an immune attack of these tissues. Whereas autoimmune thyroiditis predominantly affects the thyroid, SLE is the autoimmune prototype in that any tissue can be affected. The immune abnormalities described are also protean, ranging from failure to eliminate auto-reactive clones, to abnormal clearance of auto-antibodies, to irregulation of various cytokine networks. this makes SLE harder to target for therapy than many other diseases.

So how then can a doctor recognise a patient with SLE? The typical profile is a young female between the age of 20 and 50 who presents with one or many of the following symptoms: hair loss, photosensitive rashes particularly on the face, inflammatory arthritis causing joint swelling and morning stiffness lasting more than an hour, leg swelling, easy bruising, abnormal neurological features including psychiatric symptoms, prolonged fever of unknown cause and mouth ulcers. The list is by no means exhaustive.

Once SLE is diagnosed, treatment should be started to prevent further worsening of the condition. The mainstay of treatment is the use of corticosteroids. However in the earlier years, there was much morbidity and mortality from the use of steroids and immune-suppression such as life threatening infections, infertility and avascular necrosis of the hips.

Nowadays, SLE patients are almost never prescribed corticosteroids alone. Most if not all patients should be on hydroxychloroquine as it is effective for milder forms of SLE and also has beneficial effects on reducing the side effects of corticosteroids. For more severe patients, the choice of a second drug to treat lupus and reduce the need for steroids depends on the organ system involved. Older drugs that still have a role are azathioprine, cyclophosphamide and methotrexate. Newer drugs shown to be useful include mycophenolate mofetil, cyclosporine and rituximab.

The difficulty in conducting good trials in SLE makes it difficult for any drug to be specifically approved for the illness. However in 2010,belimumab, acting at the level of the B lymphocyte was approved by the US Federal Drug Administration. Nonetheless, the answer does not rest in any single drug. The treatment of SLE has become better in the last decade, largely because doctors are more able to balance disease control with the side effects of treatment. Currently the ten year survival rate of SLE is in the region of 90% compared to 50% a few decades ago.

In a chronic, sometimes unpredictable disease involving young females in their prime of life, patient support is vital to the successful management of the condition. The Lupus Association (Singapore) has been in existence since 1992. It has retained its charitable status and is able to issue tax exempt receipts. The programs include weekly hospital visits by patients to other patients, bi-monthly educations talks on various aspects of lupus, a welfare financial subsidy scheme administered by medical social workers that assists those who fall outside of existing welfare funds and many activities that encourage networking among patients and their caregivers. for more information, log on to www.e-lupus.org.