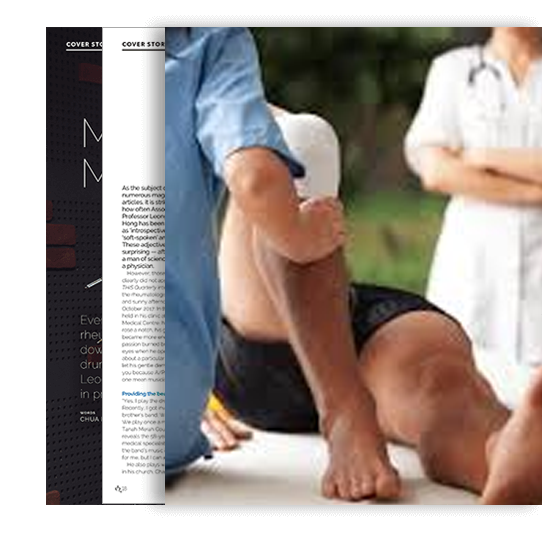 Once known as the rich man disease, gout's prevelance is swelling globally.

If you've been diagnosed with gout, you are in august company. King Henry VIII was said to have been afflicted with the disease, giving rise to it being labelled 'the king of diseases' or 'the disease of kings'.

The condition is no archaic phenomenon, however. There has been a sharp rise in gout sufferers worldwide. According to the Annals of The Rheumatic Diseases Journal, there was a 29.6% rise in sufferers in the UK between 1997 and 2012, and one in 40 people in the UK are said to be affected. Findings in Arthritis and Rheumatism show that 8.3 million people in the US now suffer from the disease.

The rise in prevalence of the condition can be attributed to a combination of ageing and an affluent lifestyle. This is borne out by the fact that gout often occurs together with other lifestyle diseases like high blood pressure, diabetes and abnormal blood cholesterol.

In medical terms, gout is caused by the build up of uric acid in the blood. This happens when the patient has a faulty enzyme system which cannot handle too much purine in the diet. The excess uric acid in the bloodstream leads to uric acid salt crystals being formed. These crystals can get deposited within joints, under the skin or in the kidneys. The patients then suffer from arthritis which is inflammation of the joints, kidney stones, and skin lumps called tophi.

A typical gout patient is an overweight man in his 40s who overindulges in alcohol and also has high blood pressure, diabetes and abnormal cholesterol. If a patient is young, it usually means that he has a family history of gout. For women or older people, gout is sometimes linked to the use of certain medications, especially diuretics which are used to clear excessive water retention.

Although gout sufferers are often the butt of jokes, gout is no laughing matter. Gout flare-ups are usually very painful with the joints becoming red, warm and swollen. The onset is sudden. Joints that tend to be affected are the toes, especially the big toe, ankles and knees.

The aim of treating gout is to stabilise the serum uric acid at below 6mg/dl. Doing this will eliminate arthritis flares, stop the formation of kidney stones, and shrink and eliminate skin lumps.

For those with frequent gout attacks, the arthritis flares are treated with painkillers. Colchicine is commonly prescribed to stop the attacks as well as prevent them. For patients with many arthritis flares, kidney stones or tophi, medicine such as allopurinol or febuxostat are recommended to bring the blood uric acid to below 6mg/dl or 360mmol/l.

This is the level below which the uric acid stays in the blood-stream. Levels above this cause uric acid crystals to form and lead to problems.

The good news is that measures can be taken to prevent gout from occurring or flaring up. What is required is a change in lifestyle. As a baseline, a gout patient needs to be on a low purine diet and avoid alcohol binges. Foods that need to be avoided are those with high purine content. This includes organ meats, goose, duck, mussels and also vegetable groups such as legumes and beans, broccoli, spinach and mushrooms. A degree of self-control at the dining table, therefore, can go a long way towards keeping gout at bay.